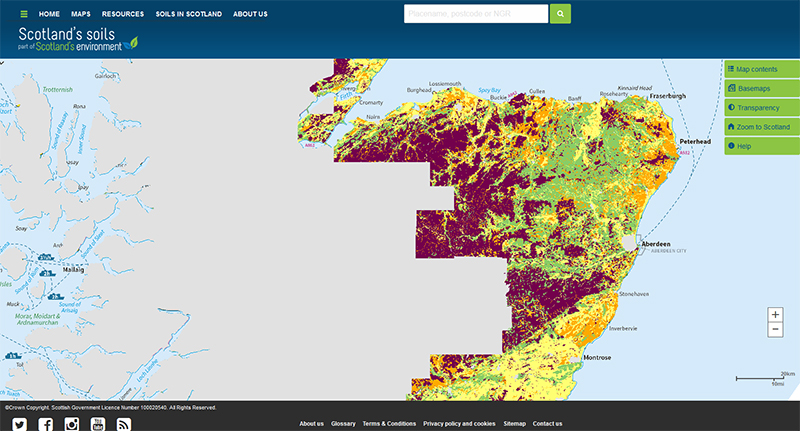 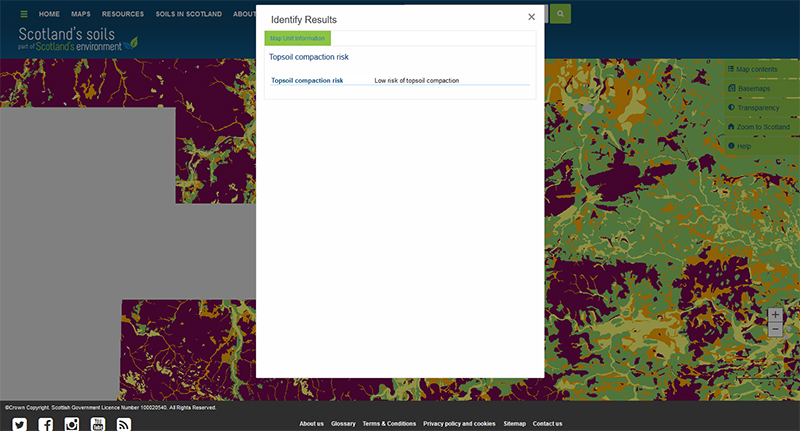 The map shows the risk of topsoil becoming compacted by traffic. It covers most of Scotland’s cultivated agricultural land area.

The digital dataset contains information on the risk of topsoil compaction by traffic in 3 classes: Low, Moderate or High.

The assessment of the risk of soil compaction for each of the soils in the Soil Map of Scotland (partial cover) followed the guidelines published in Ball (1985) and Ball (1986) and is based on the natural soil drainage, soil texture and organic matter content.  The Land Cover of Scotland map (1988) (LCS88) was used to identify which soils were semi-natural and likely to have an organic topsoil and which were likely to be cultivated and have a mineral topsoil. Where the LCS88 map showed a mixture of both semi-natural and cultivated land cover, the latter was taken to represent the land cover class. Where the soils were described as complexes (that is, more than one soil type if found in the area), the precautionary principle was applied and the soil most at risk of topsoil compaction was used to describe the whole map unit.

You can click on the map, or insert a grid reference or post code, to find out the risk of topsoil compaction. You can also download the map data from the James Hutton Institute data download page.