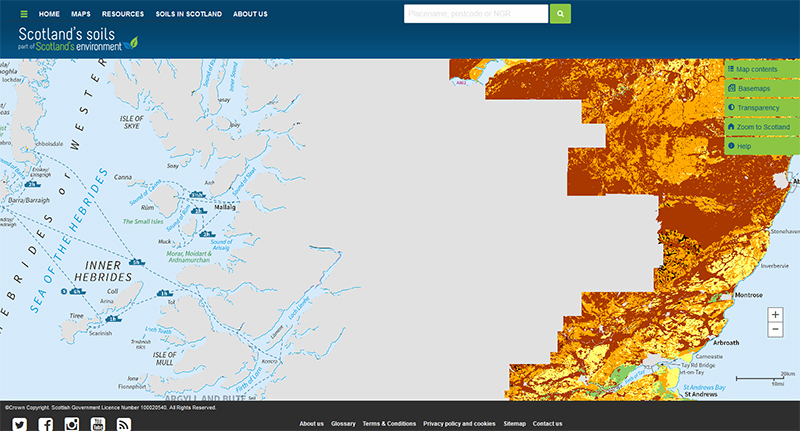 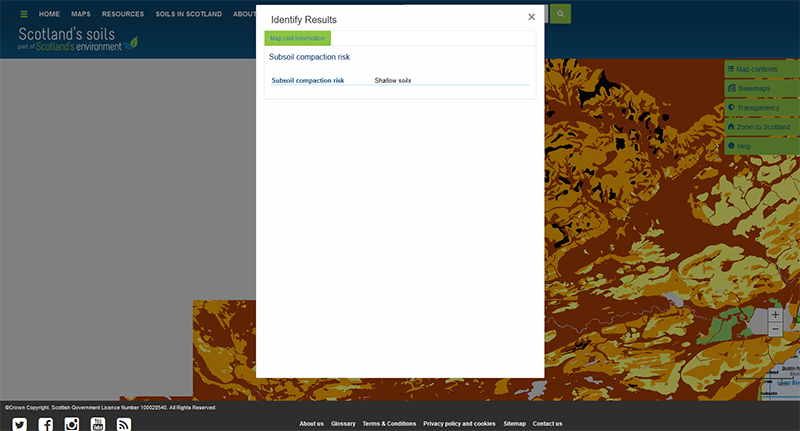 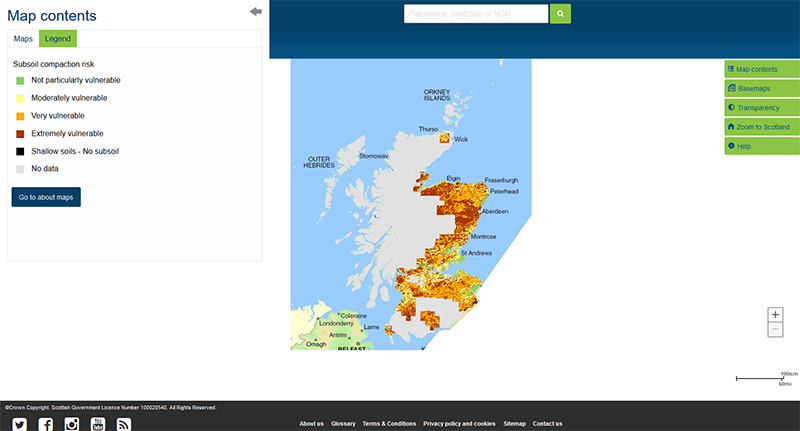 The map shows the vulnerability of subsoils to compaction by traffic. It covers most of Scotland’s cultivated agricultural land area.

The subsoil compaction risk is determined from the soil texture, bulk density and the number of days in a year that the soil would be at its field capacity (that is, the amount of water left in the soil around 2 days after being saturated by rainfall).

Each of the soils in the Soil Map of Scotland (partial cover) dataset was assessed in terms of its soil texture and the predicted dry bulk density of the soil (see Jones et al., 2003). The soil texture and density were then combined to produce a susceptibility to subsoil compaction. As the strength of a soil also depends on its degree of wetness, the susceptibility assessment was combined with the number of days a soil is likely to be at field capacity (taken from Bibby et al., 1982) to give an overall vulnerability value.  The vulnerability values were then assigned to one of four classes:  Not particularly vulnerable, Moderately vulnerable, Very vulnerable or Extremely vulnerable.  Where the soils were described as complexes (that is, more than one soil type is found in the area), the precautionary principle was applied and the soil at most risk of subsoil compaction was used to describe the whole map unit.

You can click on the map, or insert a grid reference or post code, to find out the risk of the subsoil compaction at that point. You can also download the map data from The James Hutton Institute data download page.